Home SPORT Honda to withdraw from Formula One Championship in 2021

Honda Motor Co. said Friday (October 2) it will end its participation in the prestigious Formula One Championship in 2021 to focus its resources on developing next-generation greener technologies for electric and fuel cell vehicles.

Honda currently provides power units to Red Bull Racing and Scuderia Alpha Tauri. Honda-powered cars have won two races in the 2020 season and three races in the previous year after rejoining the championship in 2015. 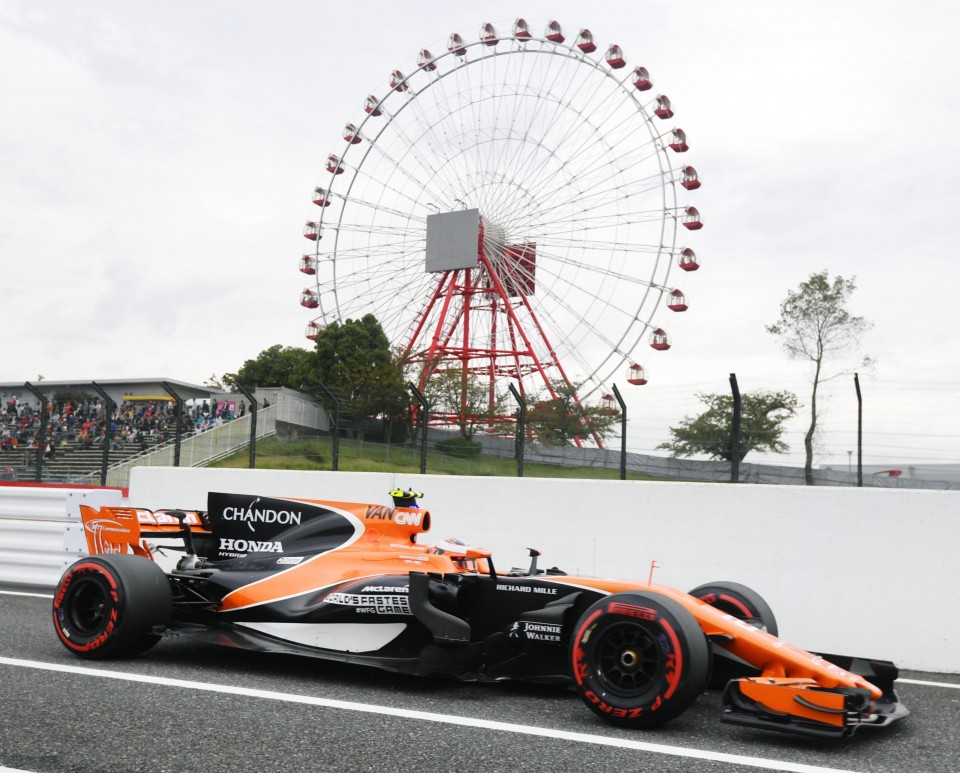 McLaren Honda driver Stoffel Vandoorne of Belgium takes part in a practice session for the Japanese Formula One Grand Prix at the Suzuka Circuit in Suzuka, Mie Prefecture, on Oct. 6, 2017. (Kyodo)

“And now, we will funnel our strength into achieving innovations in the new field of creating carbon-free power units and realizing carbon neutrality,” added Hachigo, who said the company has no plans to return to F1.

The company said in a statement it decided to conclude its F1 participation due to “a once-in-100-years period of great transformation” the auto industry faces.

Scuderia AlphaTauri’s win at this year’s Italian Grand Prix saw Honda become the only power unit manufacturer to win with two different teams since the start of Formula One’s hybrid era in 2014.

“As a Team we understand how difficult it has been for Honda Motor Company to reach the decision to step back from Formula One,” Red Bull’s team principal, Christian Horner, said. “We are enormously proud of our joint success…we thank everyone at Honda for their extraordinary efforts and commitment.”

Honda initially took part in F1 between 1964 and 1968, becoming the first Japanese automaker to do so. It returned in 1983 and dominated the championship with 15 wins out of 16 races in 1988 with legendary drivers Ayrton Senna of Brazil and Alain Prost of France.